Albuquerque, New Mexico city council voted unanimously a resolution calling for the city to get 25% of its energy from solar by 2025. To reach the goal, they will invest $25 million to buy solar panels and to install them on city buildings. 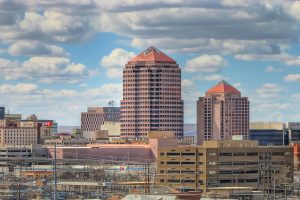 At this moment the city produces only 3% of its total power from the sun. Despite the advantages that they got in terms of solar power, the investment was cut back because it is in a state where there are plenty natural resources under the ground. There is a long history of oil and gas industry here.